Flora and fauna of the Cordillera Huayhuash

The Cordillera Huayhuash possesses its own unique collection of Andean flora and fauna and is the last bastion of many rare species. In the rainy Andean winter (October through March) and the first few weeks of spring, the mountainsides turn into a veritable celestial garden of green Ichu grass (Stipa ichu) and multi-colored flowers. The verdant mountainsides, the shining white summits, and the deep blue sky are all mirrored in the pristine alpine lakes. This is one of the most lovely sights to be found anywhere on earth. 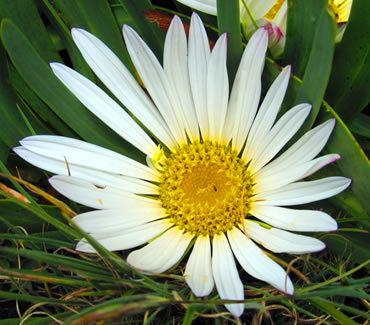 In the Cordillera Huayhuash there are many unique and fascinating plants. Some grow close to the ground like the Kalua kalua (Wernenia nubigena), which has daisy-like flowers, or the important Andean tree, the Quenual (Polilepis werberaueri), which grows at altitudes of up to 5000m and whose forests provide irreplaceable habitat for many rare animals. There are plants that inhabit lakebeds like the Totora (Scirpus riparius), and those that have stunning inflorescences like the Hatasuku (Gentianella weberbaurei). The Macha-macha (Pernettya prostate) is unique in that it has small berries, which are easily confused with grapes. Their taste is also quite similar to grapes, but you will become intoxicated if you eat more than 150 grams of them. There are medicinal plants like Ezcorzonera (Homoiantus multifloras), which is traditionally used to treat bronchial inflammations. We could go on, but it would take pages to describe all of them. The biologist Roberto Arevalo, who surveyed the Huayhuash, identified 272 plant species grouped into 148 genera and 55 families. Below are listed some of the more common plants to be found near the trekking trails: 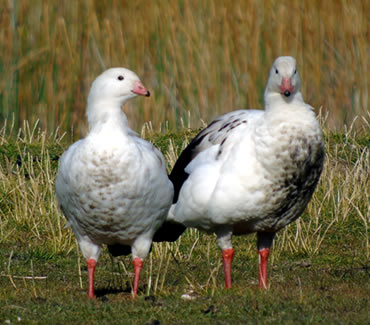 Imagine awakening to a chorus of gentle bird-song. Walking along accompanied by the chirping of the Pichuychanka (Zonotrichia capensis), or by the characteristic song of the Akakluy. Imagine seeing a mighty Condor, king of Andean birds, soaring overhead in the bright noonday sun. Condors are still common in the Cordillera Huayhuash. There are also many Vizcachas (Lagidium peruvianis), which are close relatives of the Chinchilla and look like a cross between a rabbit and a squirrel. They warily sun themselves among the boulders and disappear at the slightest disturbance. With a little luck you will also see Vicuñas (Vicugna vicugna) and almost all of the lakes and rivers have good trout fishing.

Sixty-one species of birds have been identified in the Cordillera Huayhuash, as well as 14 mammal species, 2 amphibians, and 2 fish. Ten species of birds are listed as being threatened by extinction. Here is a selection of animals you may see in the course of your trek: